About the DAF Core Team

The Deep Adaptation Forum has been co-created by volunteers and a small team of passionate freelancers. The core team is composed of freelancers who are funded directly by private donations. Each freelancer manages their own administration. In addition, some donations are processed through the Schumacher Institute, a UK registered charity.

Read more about the volunteers of the Professions' Network here. 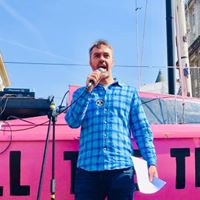 With a PhD in international policy, a background working for the United Nations and international charities, and over 100 publications on business and sustainable development, Professor Bendell turned to leadership development in 2012. By 2016 he was working with leading socialist politicians as a leadership and communications advisor and speech writer. He had been interested in climate change since he studied it in 1993, as part of his geography degree at the University of Cambridge. In 2017 he took a year unpaid leave from university to create a more peaceful and loving response to the predicament, to review the latest climate science, measurements, policies and implications. This led to the release of Deep Adaptation: A Map for Navigating Our Climate Tragedy, which was downloaded over half a million times within a year. He now focuses on leadership for deep adaptation, through research, writing, retreats, courses, strategy consulting, short films, as well as launching and co-funding the Deep Adaptation Forum, which after 6 months already engages over 10,000 people in exploring the implications of anticipating societal breakdowns due to climate chaos. 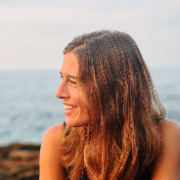 An independent trainer, facilitator and ‘host’ of collaborative learning processes, Katie has over 15-years of experience in formal and informal/community education. Katie is a skillful facilitator of ‘un-learning’, that is, creating spaces in which it is possible to connect with ways of knowing that are broader and richer than the cognitive/evaluative paradigm. If Deep Adaptation requires responses that are effective in reducing harm, then it is essential to build awareness and bring into consciousness all of the ways that stories of separation, scarcity and addiction to progress can be manifest in our ways of relating with self and others, and create new ways of being that are characterised by love, respect, inclusivity and connection. Before joining the DAF team, Katie was the Director of a UK sustainability education charity for six years, and project manager of several European sustainability projects in the fields of formal and community education. She also has expertise in participatory and alternative evaluation approaches (measuring what’s valuable, rather than valuing what’s measurable). She has an MA in Sustainable Leadership Development, and is trained in a variety of dialogic learning methods (including circling, authentic relating, ‘philosophy for children’, and non-violent communication). 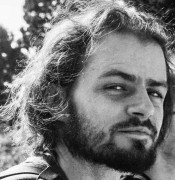 Dorian curates the DAF Professionals’ Network (on Ning) on a day-to-day basis; liaises with Interest Group and Task Group leaders, including managing the process of launching either; carries out quickly-applicable research on how to design better collaborative work processes; and oversees capacity-building activities for Task Groups. Through his work and PhD research, Dorian intends to help develop the Deep Adaptation Forum into the foundation of an international mass movement, focusing on peaceful responses to the climate and ecological crises we face – and the collapses that are likely to unfold. Simultaneously, he wants to develop his skills in the field of self-organised group facilitation and contribute to scholarship on the role of mutual and social learning within such processes.

Dorian is the current Acting Coordinator for the DAF Core Team. 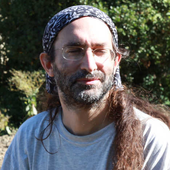 A theology graduate and software engineer, Matthew is a leading voice on community currencies. In the financial crisis of 2008 he dropped everything to develop open source software for Local Exchange Trading Systems, cofounding Community Forge to host that software. His interests and expertise widened from there into monetary theory, monetary reform, community building, ecovillages, cryptocurrencies, and the politics of software. in 2015 he co-authored the Money & Society MOOC with Prof. Bendell. In 2016 he proposed a solidarity economy money system in a white paper entitled ‘Credit Commons’. In 2018 he took on the role of General Assistant to Prof Bendell and the Deep Adaptation Forum. Within that role Matthew supports a range of activities, including technical support and research on various themes. 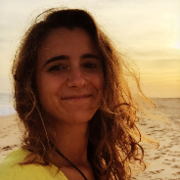 Zori has a business education, with an MSc from Warwick University. Upon graduation, she co-founded a small innovation consulting company and soon after moved into IT entrepreneurship and management, where she spent the majority of her career. She left that world in 2017 to look for a calling that was closer to her heart. Upon her first encounter with Jem Bendell and our predicament, she realised that her sense of aliveness and meaning lies in her gift and love for connection. As a consequence, she oriented her life towards creating spaces of connection with self, other and nature that bring out the most beautiful sides of our humanness. In the last 2 years, she has built a coaching business, created the Connection Playground initiative and facilitated numerous groupwork spaces, including regular Deep Adaptation gatherings online. She joined the Deep Adaptation Forum in July 2019 to support the team of volunteers moderating the Positive Deep Adaptation Facebook group. She’s also the project leader of the Deep Adaptation Groups Network, providing a space for cross-pollination and peer support between DA groups in different locations, languages and topics.